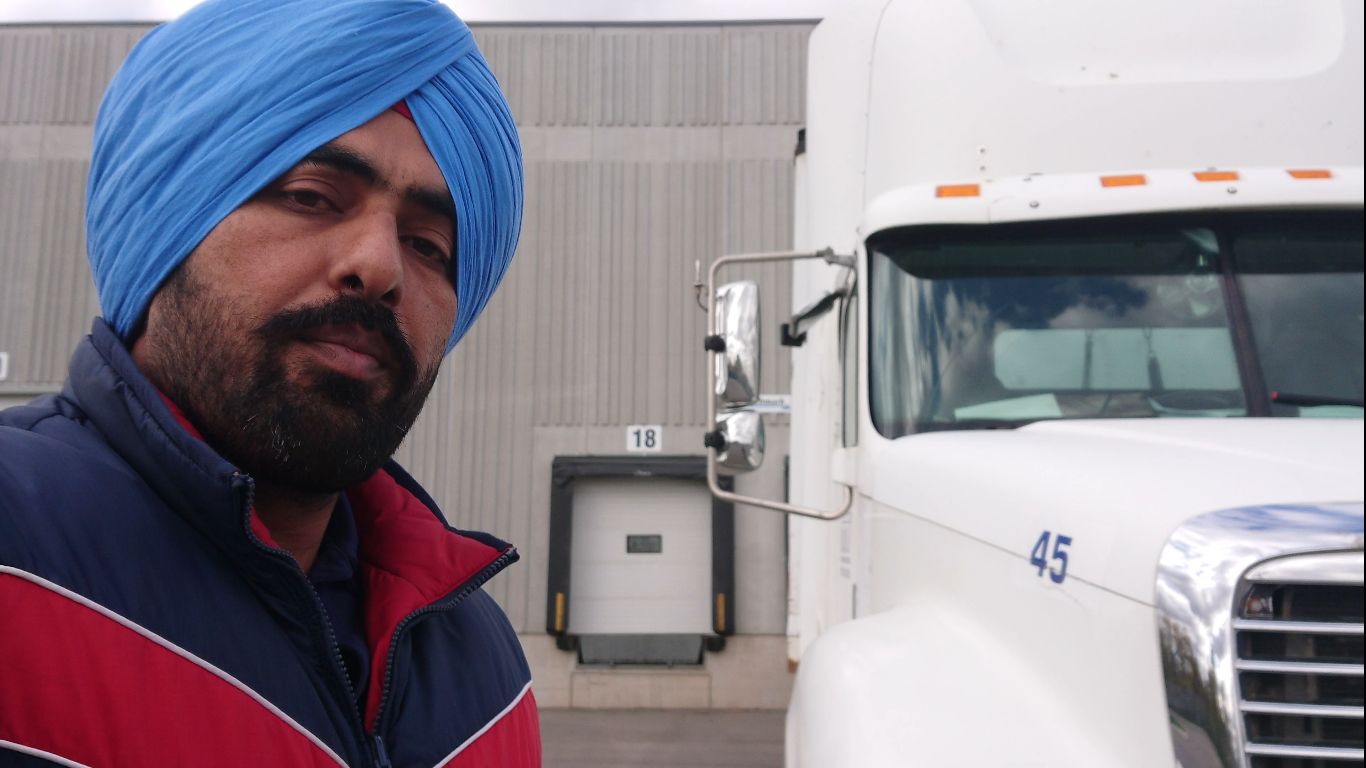 I would say no, Sikhs(Punjabi or turbanators) are not responsible for recession in the value of trucking, many other facts are responsible.

“In this article, I used Sikh as a common word for Punjabis or Turbanators, because most of the immigrants are Sikh Punjabi people, and they tie turbans”

First of all, let’s see who the Sikhs are:

Sikhs are followers of Sikhism, Sikhism is the fifth-largest and one of the youngest religion in the world. Sikhs believe in hard work, dedication, and remembrance of God. Sikhs are peaceful minded people. Gurudwara(Sikh temple) is the religious place of the Sikhs, most of the Gurdwaras(Sikh temple) have a 24-hour free kitchen. Sikh Gurdwaras(Sikh temple) are always open to everyone. The mother tongue of most Sikhs is Punjabi, but all Punjabi language speakers are not Sikhs.

Sikhs are 2 percent of the world’s population, and most of the Sikhs live in the northern part of India. Despite such a small population, many Sikh organizations like “Khalsa Aid“, “United Sikhs“, “Nishkam“, “World Sikh Organization” are working hard for the well-being of humanity.

Why so many Sikhs are in trucking?

Most of the immigrants coming from India are Sikhs, and whenever anyone emigrates, they try to stay in their community. In the same way, a Sikh tries to live with his community.
Most of the Sikhs in first world countries are in trucking, so trucking is like fatherly occupation for new Sikh immigrants.

Why should a Sikh drive a truck on low wages?.

Nowadays, everyone is posting on social media that Sikhs are working on low pay. But these social media scholars don’t think that, are Sikhs getting anything at a discount? Don’t a Sikh pays for homes, cars, insurances? So why should a Sikh work at such low prices?

Sikhs also suffering from trucking problems like falling freight rates, rising repair costs, oil prices, as much as a truck driver who is posting or commenting on Sikhs. Sikhs also took part in trucking-related demonstrations in the US.

Then who is driving trucks on lower wages?

No doubt, Somebody is guilty of it, a lot of truck drivers on 401. They might be people who can survive at $2500 a month. There is no difference in day and night for them, whenever they get the work, they do. They do not have the burden of their families, mortgages, insurances, and installments. Safe driving, safe equipment, freight prices, professional behavior on the road and at truck stops is nothing for them.

And we expect old school trucking from such brand new drivers

Even these young drivers are not guilty for the recession in the values of trucking to that extant, as their one year fee is up to $ 10,000. Colleges and universities think that international students are so rich, paying bigger fees on their own. But, they know, how they are paying, earning it here, not from back home.

International student program itself a scam marketed as a big dream, but it is promoting the cash job market, who can survive here working 20 hours a week, and how many part-time jobs available for students.

How new immigrants forced to trucking?

The same is true for new immigrants. They migrate as engineers, IT professionals, finance professionals but lack of relevant jobs here, force them into trucking. Back home, they never thought of driving trucks in a winter storm or on black ice.

As an example, I’m sharing a screenshot of some posts of immigrants starving for jobs in their professions

Think about these people, what should they do to make a living? My answer is trucking.
There are thousands of migrants suffering from this, driving trucks and taxies, not working in their professions. Why the immigration department is not making sure that where the landed immigrant is working? Are they on the job to afford living here? Who cares, keep dumping them behind the wheel.

Why so many immigrants coming to Canada

These immigrants also do not voluntarily come, they are coming fulfilling many visa conditions. The reason a large pile of immigration applications is the false propaganda of life in developed countries. In the North Indian media, Canada, United States, Australia, New Zealand, and England are promoted in a way that you will get a great job, free accommodation, free food, and free air tickets. Some newspaper cuttings are here.

Immigrants come to know after landing here, there is nothing like these advertisements,  you cannot afford any living in these countries on advertised wages. As per a survey, there are only three cities across Canada, where you can pay one bedroom rent with a minimum wage. If you want to live in the metro, you have to drive trucks, to feed kids and live.

The business world needs workers at the least possible price, which is why immigration is being promoted on a large scale. The corporate has nothing to do with one’s values, except money.

How are trucking companies making money?

Another earning source in trucking is corruption, from dispatch to bosses everyone is involved, and bosses are not immigrants or Sikhs. Ask the owner of one or two trucks, almost everyone will say that my trucks are not getting any work, but the owner of the 20 trucks, who knows the boss, getting the best and steady work.

Who is responsible for the recession in the values of trucking?

Sikhs (Punjabi or turbanators) are not responsible for the recession in the values of trucking. On the Otherside, Sikh truck drivers are filling up truck driver shortage in America. Do not post their pics in comments, and promote them in front. Instead, if we present real-life here to the world, and report fake job advertisements on social media.

Sikhs, Punjabis or turbanators are not responsible for problems, the things below

are responsible for the recession in the values of trucking.

Nice post
I personally feel that it’s not the recession that Indians (not just Punjabis) have caused. It’s more about the abuse of the system.
Most Of the trucking schools run by really unprofessional and unethical Indian folks who manage to grant AZ licenses (especially the air brakes tests) to people who can’t even read English. That’s not fair for the other folks on the road and these guys put not just themselves but others on the road at risk.
So again it’s high time that the Government should get involved and penalise the schools
Practising such practices.

Add Your Business to our Directory for free

Subscribe UsWe will only send you an E-mail, when something exciting is happening with